The Development Process and Categories of Plastic Extruders

With the continuous development of the current era, science and technology are also advancing day by day, and the development of all walks of life is also changing with each passing day. Today, Plastic Extruder Suppliers are here to introduce you to the development history of plastic extruders and its categories.

The Plastic Extruder originated in the 18th century. The manual piston extruder used to manufacture seamless lead pipes manufactured by Joseh Bramah of England in 1795 is considered the first extruder in the world. Since then, in the first 50 years of the 19th century, extruders were basically only used in the production of lead pipes, the processing of macaroni and other foods, the brick making and ceramic industries.

In the development process as a manufacturing method, the first clearly documented was R. Brooman's patent in 1845 for the production of Goodbo glue wires with an extruder. H. Bewlgy of Goodbo Company subsequently improved the extruder and used it to coat the copper wire of the first submarine cable between Dove and Calais in 1851. In the following 25 years, the extrusion method became more and more important, and the manual extruder was gradually replaced by the electric extruder. The early mechanically operated plunger extruder produced thousands of kilometers of insulated wires and cables, thus firmly establishing the position of extrusion for the production of cables. The early extruders for cable production were all plunger types, whether they were manual, mechanical or hydraulic. In this production process, the plunger presses the hot gutta-percha glue into the die with the copper wire, and the gutta-percha glue is extruded from the die, thus covering the copper wire to form an insulating layer. 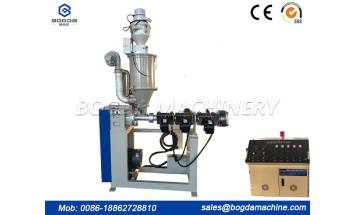 2. According to whether there is a screw in the extruder, it is divided into screw extruder and plunger extruder;

4. According to the extruder assembly structure classification: there are integral extruder and separate extruder;

5. According to the spatial position of the screw in the extruder, it can be divided into horizontal extruder and vertical extruder;

Previous: These Three Parts of the Meltblown Machine Determine The Filtering Effect of The Mask!

Next: How Does Plastic Extruders Job? 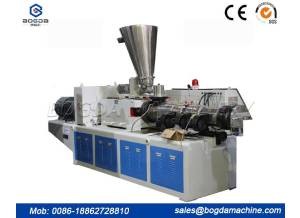 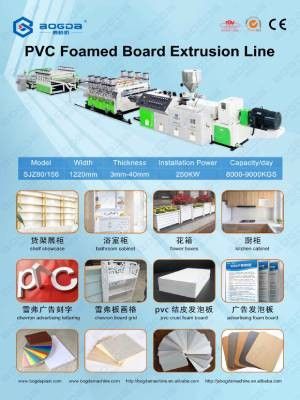